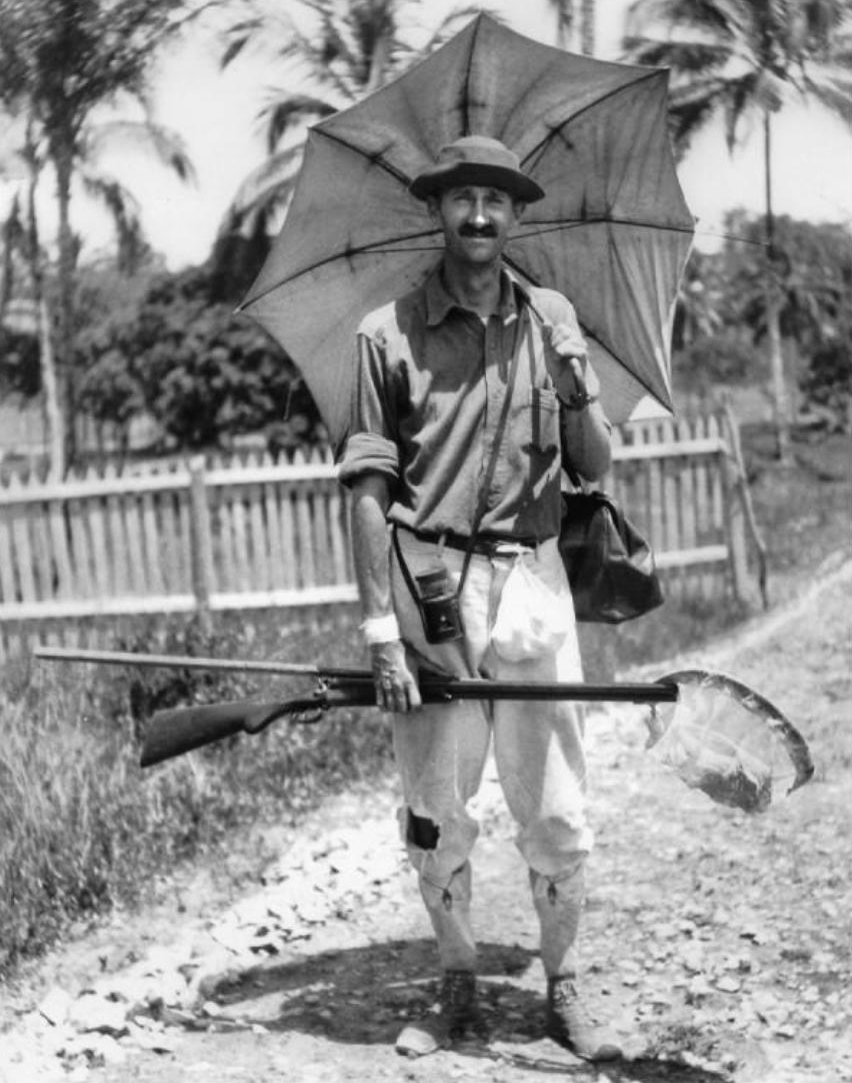 Charles William Beebe (; July 29, 1877 – June 4, 1962) was an American naturalist, ornithologist, marine biologist, entomologist, explorer, and author. He is remembered for the numerous expeditions he conducted for the New York Zoological Society, his deep dives in the Bathysphere, and his prolific scientific writing for academic and popular audiences.

Born in Brooklyn, New York and raised in East Orange, New Jersey, Beebe left college before obtaining a degree in order to work at the then newly opened New York Zoological Park, where he was given the duty of caring for the zoo's birds. He quickly distinguished himself in his work for the zoo, first with his skill in designing habitats for its bird population, and soon also with a series of research expeditions of increasing length, including an expedition around the world to document the world's pheasants. These expeditions formed the basis for a large quantity of writing for both popular and academic audiences, including an account of his pheasant expedition titled ''A Monograph of the Pheasants'' and published in four volumes from 1918 to 1922. In recognition of the research conducted on his expeditions, he was granted honorary doctorates from Tufts and Colgate University.

During the course of his expeditions Beebe gradually developed an interest in marine biology, ultimately leading to his 1930s dives in the Bathysphere, along with its inventor, Otis Barton, off the coast of Bermuda. This was the first time a biologist observed deep-sea animals in their native environment, and set several successive records for the deepest dive ever performed by a human, the deepest of which stood until it was broken by Barton 15 years later. Following his Bathysphere dives, Beebe returned to the tropics and began to focus his study on the behavior of insects. In 1949, he founded a tropical research station in Trinidad and Tobago which he named Simla, and which remains in operation as part of the Asa Wright Nature Centre. Beebe's research at Simla continued until his death from pneumonia in 1962 at the age of 84.

William Beebe is regarded as one of the founders of the field of ecology, as well as one of the early 20th century's major advocates of conservation. He is also remembered for several theories he proposed about avian evolution which are now regarded as having been ahead of their time, particularly his 1915 hypothesis that the evolution of bird flight passed through a four-winged or "Tetrapteryx" stage, which has been supported by the 2003 discovery of ''Microraptor gui''. Provided by Wikipedia
1

Saved in:
Search Tools: Get RSS Feed — Email this Search —